Get down to the shooty-est, gun wieldy-est game OST you’ve ever crossed blades with! The Madness: Project Nexus Soundtrack features dozens of tracks from the mega talented musicians Locknar and Cheshyre!

MADNESS: Project Nexus™ is a trademark of GIBBING TREE, LLC. All rights reserved. 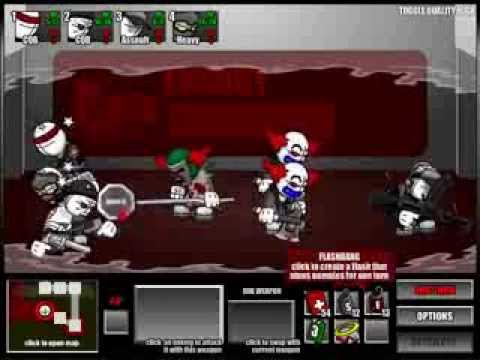 MADNESS: Project Nexus is fast, brutal, and mind-numbingly fun; this run and gun game throws some beat-’em-up elements into the mix to create a unique experience that blends the best of retro gaming and modern twin-stick shooters.

The goal of the game is simple: survive the endless hordes of assailants that plague the game’s brutal arena mode. As you make your way through the neverending scores of enemies, you’ll turn your Madness warrior into an unstoppable killing machine. If you’re not afraid of a little gore in your games, and you’re in the mood for some unforgiving old-school arcade action, then MADNESS: Project Nexus has got you covered.

Although the Arena Mode is clearly intended to be the centerpiece of the game, the game also features a decent campaign mode. The story might not be something to write home about, but the inclusion of an objective-based campaign mode helps to flesh out the game’s world.

The over the top nature of the game’s campaign, along with the violence and shooting mechanics, greatly reminded us of games like the original Postal. The campaign will have you running and shooting at a variety of wackos and nutjobs that are increasingly hard to deal with it. One of the best enemies of the game are the ones known as “Mag Agents”: these gargantuan foes will leave you trembling, as they more than triple your character’s size.

A history of MADNESS

If you’ve ever been on Newgrounds before, then you’ve likely heard of the MADNESS series before. The original MADNESS: Project Nexus was a 2d side-scrolling shooter that gained a lot of traction on Newgrounds. Now, the team behind the original Flash game brings us this new entry in the series, retaining what made the original game so good.

Simple yet unforgivingly brutal, this game’s arcade difficulty levels reminds us of the piles of coins spent playing games like Metal Slug. It definitely pays a nice homage to a bygone era of arcade games while retaining some much-needed quality of life mechanics.

Graphically speaking, MADNESS: Project Nexus isn’t the next Crysis. That said, the game’s graphics are more than enough to bring the Madness combatants to life in a 3D environment. Compared to the old 2D style of previous MADNESS titles, this version of Project Nexus manages to maintain the original spirit of the game intact. While many games that go from 2D to 3D tend to lose a bit of their personality in the process, the developers of Project Nexus managed to replicate the grungy look of the MADNESS series to a T.

The Arena Mode provides hours upon hours of exhilarating encounters, as you improve your character and try to overcome the increasingly daunting odds. The graphics might look a little simple, but considering the source material, it could be said that they’re indeed a proper adaptation of the original models.

Overall, MADNESS: Project Nexus is a nice homage to the history of hyper-violent classic Newgrounds games, and also a great time-waster for fans of shoot ’em ups that like keeping things as simple as possible.