Four turtles in time will be lost to history at the end of the month.

After June 30 US players will no longer be able to buy and download Teenage Mutant Ninja Turtles: Turtles in Time Re-Shelled from the Xbox Live Marketplace or PlayStation Network Store, reported Joystiq.

Developed by Ubisoft Singapore, Re-Shelled is being removed from the digital services due to the expiration of Ubisoft’s license agreement. Ubisoft has had the rights to the TMNT games since 2006. The entire Teenage Mutant Ninja Turtles franchise rights were sold to Nickelodeon by Mirage Studios in October 2009. Nickelodeon is owned by Viacom Inc. and is part of its MTV Networks. 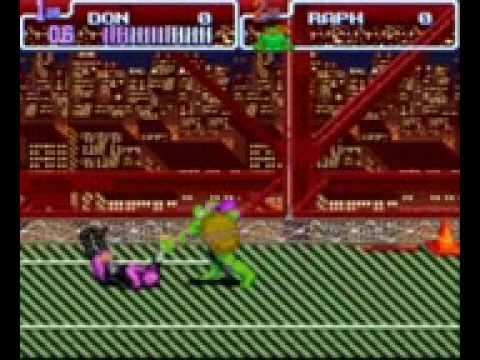 In October 2010 Nickelodeon extended a previous agreement with THQ to continue to develop and publish games for its franchises, specifically SpongeBob SquarePants titles for various systems. THQ has been partnered with Nickelodeon since 1998 on the PlayStation. There’s no word if THQ will work on future TMNT games.

The PSN Store has the warning, “Last Chance-Get it Today!” as an advertisement for Re-Shelled on its homepage. Re-Shelled currently costs 800 Microsoft Points or $9.99 on the PSN Store. New players have less than a week to buy the game. Currently it’s only been confirmed that Re-Shelled is being removed in the U.S. and not other regions.

On the Xbox 360 and PS3, players who bought the game should still be able to download Re-Shelled after its removal as long as it’s in their download history list.

Re-Shelledis an enhanced version of the 1991 arcade release and not the 1992 Super Nintendo game Teenage Mutant Ninja Turtles IV: Turtles in Time. Turtles in Timeoriginally released in arcades on Sept. 18, 1991. The arcade version was developed by Konami.

Re-Shelled features updated 3D graphics, new voice acting and music. It also includes online multiplayer and online co-op with 2-4 players through the story mode. There’s been no word on how the license expiration will affect the game’s online modes.

Re-Shelled released on the Xbox Live Marketplace Aug. 5, 2009 and on the PSN Store Sept. 10, 2009. Re-Shelled was part of Xbox Live’s 2009 “Summer of Arcade” promotion alongside ‘Splosion Man, Marvel vs. Capcom 2, Trials HD, and Shadow Complex. The game was a top seller on Xbox Live Arcade, earning $1.7 million in 2009. It was also the best selling game in September when it released on the PSN Store.