Visual Studio has not always been as user-friendly on the Mac as it is on a Windows machine. Lately, however, the stable release of VS for Mac is really starting to feel like a simple, but luxurious cousin to Visual Studio 2019. Different, but related. Installation on a Mac is quick, simple, and allows you to get into coding right away - whether you are already familiar or an Apple-only dev getting into something new like Xamarin.

Visual Studio for Mac bears a striking similarity to xCode’s solution navigation feel, but brings the power of VS intellisense and an ability to focus on your code in a much cleaner looking environment. In my opinion, this brings the best of both worlds together. But don’t take my word for it: here are five reasons to give Visual Studio for Mac another go!

1. The C# Editor in Visual Studio for Mac is Completely New

Roslyn, the .NET compiler platform, is now in the Visual Studio for Mac editor - making your intellisense as powerful as its big brother on Windows. Marrying the functionality ported over from the Roslyn compiler with the (frankly, beautiful looking) simplicity of a native-feeling Mac UI editing experience gives this girl all the feels. It has full support for third-party Nuget packages for .NET Core (utilizing .NET Standard) along with Unity, Xamarin and Cocoa apps.

I didn’t notice a big difference gating my progress of a .NET Core app. At this point, I don’t know why I would switch over to a windows VM in order to build a microservice API in .NET Core at all!

Finally, I’m loving that VS for Mac now includes “Go to implementation” as an option in the latest release. Exciting! The C# experience is pretty great now.

Ah, the command line. Many developers love using it for .NET Core instead of the “visual” click and drag aspect of the Visual Studio IDE. At first, the use of command line programming with ASP.NET Core was the only way you could build those apps. Over time, and especially with the release of Visual Studio 2019, the File > New Project templates for ASP.NET Core apps have been baked into the install bringing a truly visual experience to that build.

For a while, it was unclear if the same command line net new project CLI functionality would be available on Mac, but I am happy to report that it is and it works beautifully! The use of the Terminal app brings that experience to you harcore command line devs.

Remember those build and deploy coffee breaks? Well say goodbye (unless you don’t want to of course). On one of my Xamarin projects I saw a super impressive 30% faster incremental build time. That’s not an insignificant improvement.

This metric is also supported by the April 2019 press release from the VS for Mac team. I used to design my development process in such a way that I could multitask to stay efficient and productive. I’m happy to report those days are gone with much improved build speeds, making the Xamarin app building process something I can say I truly enjoy.

4. .NET Core 3 Support Available Right Out of the Gate

Does Visual Studio 2019 have .NET Core 3 support? Yes, but that’s no reason to jump over to your Windows machine! You can use all the same, wonderful new stuff on your Apple machine, too.

In fact, I’d argue that Visual Studio for Mac is an excellent place to start learning how to build apps for .NET Core 3. With fewer small windows everywhere like it’s Windows-based cousin, VS for Mac allows for a more-focused process.

This is where some “same but different” comes into play. I find that developers coming over from Swift or Objective C development enjoy the experience of source control within Visual Studio for Mac. While there IS a difference in the process for Windows users, I don’t find it particularly difficult. Visual Studio for Mac supports Git and Subversion built into the IDE, as well as TFS with a little more effort.

I have used the Github Desktop app for source control of my folders without much issue. This is also my source control workflow for VS Code, and while it is not integrated into the IDE of VS for Mac, it’s also not a bad option. For the hardcore command line peeps, you can alternatively use Git inside the CLI tool Terminal, which is native to Apple OS. There is no learning curve here at all for developers who use command line. 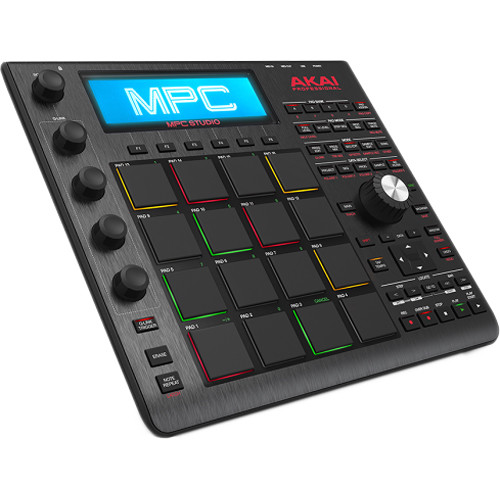 Who Should Use Visual Studio for Mac?

Visual Studio for Mac is a strong choice for many developers and many use cases. Here are a few that come to mind:

The last group to come over will be .NET Framework developers who have worked with Visual Studio on Windows as their only option for .NET 4.7.2 for example. Sadly no, .NET Framework cannot run on VS for Mac. However, once you are ready to start building your apps or microservices in .NET Core - check it out!

New functionality, extensions and templates are all coming this next year to Visual Studio for Mac that make living in harmony with Apple + Microsoft a real joy.

If you’d like to learn more about ASP.NET, Xamarin, or Apple, we’ve also published a number of posts that might interest you:

Please enable JavaScript to view the comments powered by Disqus.

Bundling and minification can be enabled or disabled in two ways: either setting the value of the debug attribute in the compilation Element in the Web.config file or setting the enableOptimizations property on the BundleTable class.

In the following example, debug is set to true in web.config to disable bundling and minification.

Also, you can enable or disable bundling and minification by setting the EnableOptimizations property of the BundleTable class. This overrides the web.config settings.

In the following example, EnableOptimizations is set to true to enable bundling and minification.